Greenbrae is a centrally located community, close to shopping, recreation, and a short commute to San Francisco. If you have children, and are thinking of moving to Greenbrae, the local schools are an important consideration. Greenbrae, in addition to its convenient location has a highly regarded public school system.

Kentfield School District is a small district with two schools serving the communities of Greenbrae and Kentfield.  The total enrollment of Kentfield District is just under 1000.

Bacich Elementary School is a California Distinguished School.  In 2006 its students scored an API of 947, which places Bacich in the top 10% of schools with a similar grade range in the state of California.  Its rank among schools with similar demographics is 9 (on a scale of 1 to 10).

Kent Middle School has been selected a  California Distinguished School twice, once in 1990 and again in 1992.  With a 2006 API of 914, it ranks in the top 10% of California schools with a similar grade configuration.  Most students graduating from Kent Middle School will attend Redwood High School.

Congratulations to Redwood High School upon being named a California Distinguished School for 2007!  This is the fourth time Redwood High has earned this award.

Redwood High School is attended by students from Larkspur, Kentfield, Reed Union, and Ross School Districts.  Gavin Newsom, mayor of San Francisco; Gary Fisher, one of the inventors of the mountain bike; and Robin Williams all attended Redwood High School. 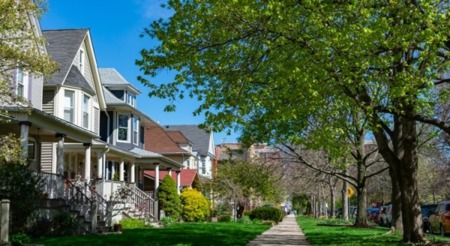