ZAYTOUN: A must see movie! 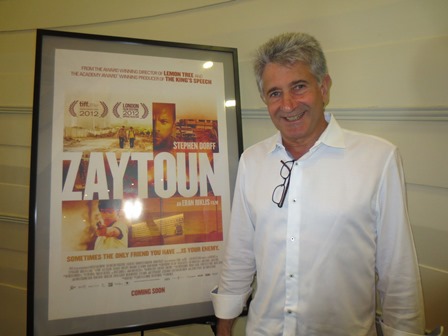 Marin resident, friend and client, Fred Ritzenberg (husband of my childhood friend and go to title/escrow officer Stacey Cooper) has co-produced and co-written a feature film- ZAYTOUN. This film will will truly warm your heart. I had the pleasure of being invited to a private Saturday morning screening of ZAYTOUN at the Rafael Theater in San Rafael. Like all good films there was drama, suspense, humor and a beautiful story line. The movie is set in war torn Beirut 1982 and the story unfolds as an unlikely alliance between a twelve year-old Palestinian refugee and a shot down Israeli fighter pilot and their journey together to a place they both call home. Looking for a good movie; get your tickets early and check this one out! Here is the link for the trailer

Where you can view the film:

It opens across the country in October.

Fred will do a Q & A at early screenings.

Some key points for ZAYTOUN

Marin is home to many talented and creative people. Its natural beauty, proximity to world class cities, the ocean and wine county all wrapped in a wonderful climate make it an oasis for creative thought!  Curious about Marin County and what it can offer you...call me...full time Realtor-native to Marin. 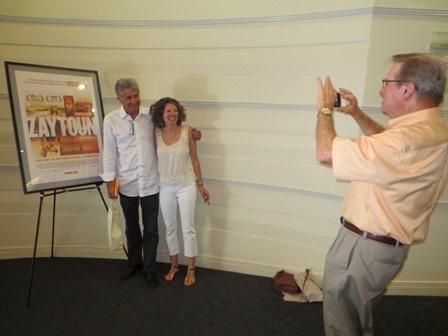 Great job Hilary! I have already seen the movie but this makes me want to see it again.