Why 2016 is a Great Time for Real Estate 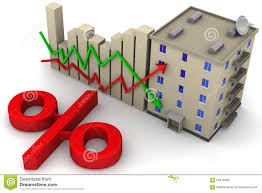 Although 2016 has had a very rocky start in regard to the stock market, very few people had projected that mortgage rates would be at, or below their lows of 2015. I’ve received several inquiries from clients who are surprised that rates are so low, especially since the Federal Reserve recently decided to raise the short-term key interest rate for the first time in almost 10 years! Yet instead of rising, mortgage rates have been consistently falling since the Fed’s recent actions.

This can be heavily attributed to the dismal start to the year in the US stock market. Since more and more investors have been fleeing the market or simply hedging some of their losses by purchasing fixed-yield investments, i.e. bonds, the by-product has been a drop in mortgage rates. As the yield on 10-year Treasury bonds falls, so too do the rates on mortgages.

Another contributing factor has been the cheap gas prices that we are seeing at the pump. Although low gas prices are generally a positive for US consumers, as we are all directly benefiting every time we go to fill up our cars, it is having an adverse effect on many oil producing and exporting countries. As the pressure builds on vulnerable exporting countries, their economies are negatively affected. This, in addition to the economic slowdown in China and other parts of the world, have all contributed to the lackluster performance of the stock market so far this year.

For the time being, all of this appears to bode well for our current mortgage rates and although the bigger concern is that the global slowdown will eventually spread to the US as well, as participants in the real estate industry, 2016 is shaping up to be a much better year than expected. As a buyer you can take advantage of these extraordinarily low interest rates and secure a property at interest rates that we may likely never see again. And as a seller, this is a perfect time to take advantage of a low inventory market and sell your home to oftentimes multiple bidders!