Protect Your Home From an Electrical Fire

I was awakened from a deep sleep several nights ago to a phone call from my neighbor asking if there was a fire at our house.  She heard and then saw a big yellow fire truck sitting at the bottom of our hillside property with its engine idling and the sound of voices. There weren't any sirens or flashing lights.  I leaped out of bed, threw on a coat, slipped into my tennis shoes and ran out into the rain to see if there was smoke coming from our house.  Reassured that our house wasn't on fire, I walked our property in the dark looking for trees that might have toppled thinking that might be the reason for the fire truck.

As I crawled back into bed with my heart still racing, I could see from the bedroom window the meandering beam of flashlights and vehicle lights snaking up our narrow hillside road but  no siren or flashing lights to signal an emergency. I slowly drifted into a fitful sleep. It wasn't until the next morning I heard the rest of the story.  There was an ... 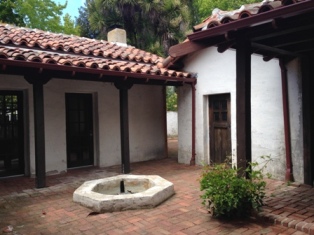 After an outpouring of interest and over 10 offers, 1 Neame sold for $750,000.  This Spanish Style Bungalow with loads of character captured the imagination of many prospective buyers. Located in the West End Neighborhood of San Rafael on a street with beautiful Mediterranean and Spanish style homes, 1 Neame had been neglected for many years.  It needed a buyer with the vision, experience and wherewithal to renovate and bring it back to its original glory.  We found such a buyer and the neighbors are thrilled. It will be interesting to watch the transformation by the new owner and I expect to see it come back on the market with even more interest once it's... 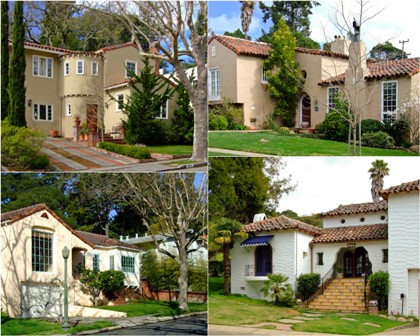 Opportunity knocks to restore and update this charming 1930's Spanish Bungalow.  It is surrounded on all sides by beautiful homes of the same vintage and character.  The main home is 2 bedrooms and 1 bath with an interior courtyard that leads to a separate studio/office/bedroom with bathroom.  Many period details including charming courtyard between house, studio and garage, Spanish tile roof, rounded archways between rooms, high open beam ceiling in living room, hardwood floors, steel cased windows....loads of charm, just waiting for the right buyer. 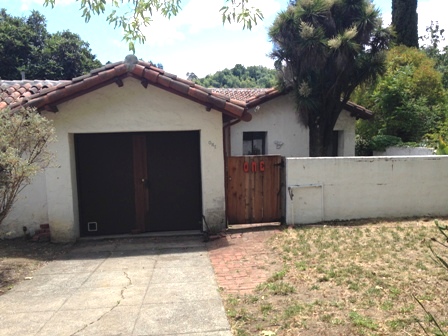 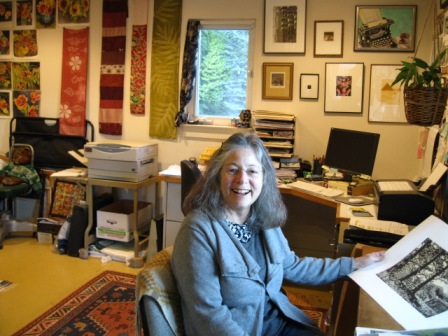 Interior designers, stagers, framers and shop owners flock to the opening night of the Annual Fort Mason Holiday Print Sale to snap up incredible prints by professional Bay Area artists at bargain basement prices.  Linda Lieberman, noted artist, printmaker and long-time resident of the West End Neighborhood in San Rafael is one of the featured artists at this year's 40th Anniversary of the Print Sale. The sale opens Friday December 5th and runs through Sunday December 7th.  According to Linda, the Friday opening can get pretty wild, but come Saturday or Sunday it will be less hectic and you will find...

Kitty Camp at the Cat's Cradle in San Rafael

Who will take care of Mittens and Socks when you're out of town for the holidays?  Not to be confused with Dogs who  love you and  want to be with you.  Dogs will gladly hop in the backseat and go anywhere you go.  Better yet, most motels and hotels would rather have a dog for a guest than actual people. Cats, on the other hand, are a horse of a different color, so to speak. They don't want to go with you and you don't want to go with them!  That's not to say you don't love your furry friends but they don't take kindly to change and travel.That's why the Cat's Cradle was invented.  Conveniently located in ...

It may not be sexy, but even the most die hard packrat can't help but get excited when the word FREE is put in front of Shredding & Recycling. This past Saturday I sponsored a Free Shredding & Electronics Recycling Event for friends, clients and my West End neighbors at the Marin Modern office in the heart of the West End Neighborhood of San Rafael. 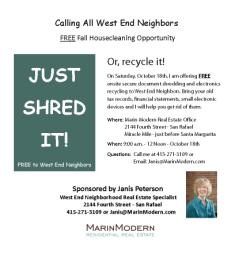 At 9 a.m. people started to arrive by car and on foot with boxes of documents to be shredded along with old computers, phones, CD players...you name it!  Ron, with Integrity Shred, let everyone watch their documents, paper clips and binders go through the shredder and Mike from Renew Computers picked up the electronic equipment at the end of the...

California landscape painter, Davis Perkins, has an unusual background. His art is inspired by a long career as a smoke jumper in Alaska, firefighter and paramedic where he experienced nature in its rawest form.  He would smoke jump in the summer for the BLM while attending...

San Rafael Children's Library: 14 Books to Start 2014 with a Smile 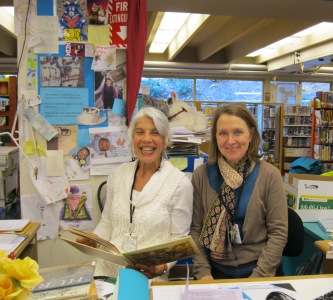 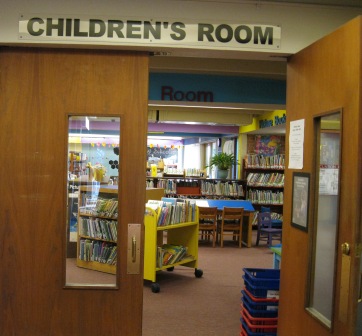 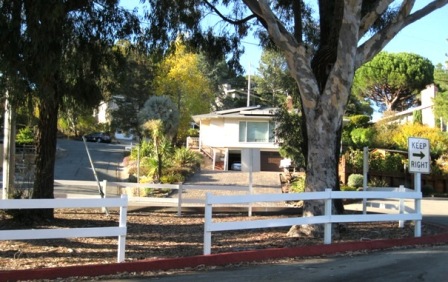 What started as an interview with Lou Thoelecke about the "Traffic Circle" in front of his house on Santa Margarita in San Rafael turned into a fascinating conversation with a West End neighbor who is a passionate environmentalist, accomplished winemaker, a Bronze Life Master at Bridge, a musician, trained chef, former competitive tennis player, real estate investor and one-time neighbor to Jerry Garcia.  Between sipping Six Corners Zinfandel, I took notes for the Neighborhood Spotlight column in the West End Neighborhood Newsletter. 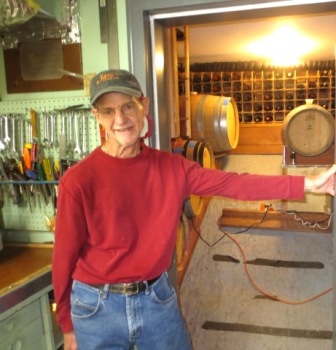 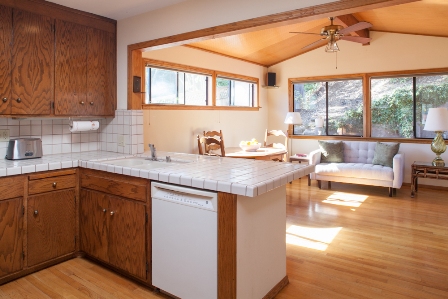 Pride of ownership!  This 3 bedroom, 3 bath West End Neighborhood home in Central San Rafael has been meticulously maintained by the same owners for over 40 years. It is light and bright with hardwood floors throughout, dual paned windows, a 2-car attached garage, a family room off the kitchen and a bonus room/family room/office on the street level entrance.  The living room has a big picture window with a brick fireplace and a formal dining room that opens to the living room.  The kitchen and family room have beautiful morning light and look out on nature with a street to street, privacy and a big deck accessed through the sliding glass doors in the...