Last month, we wrote about the old Royal Sweet Bakery building at 625 San Anselmo Avenue in Downtown San Anselmo. The new owners, Josh and Ashley Petersen,  have exciting plans to remodel the space and develop a concept restaurant featuring rooftop terrace dining and an interior courtyard. Josh and Ashley hosted an open house at the location on February 12 to answer residents' questions, just prior to the Planning Commission meeting where...

The new owners of the old Royal Sweet Bakery building at 625 San Anselmo Avenue have exciting plans for a concept restaurant that proposes rooftop dining in Downtown San Anselmo. Josh and Ashley Petersen will host an open house at the location on Monday, February 12, at 6pm. They will be on hand to discuss and explain their plans for an hour, just before the Planning Commission meeting, where their application is scheduled to be discussed. Please come by to meet them and ask questions. Then plan to attend the Commission meeting to support their proposal, which would add an unique, enjoyable... 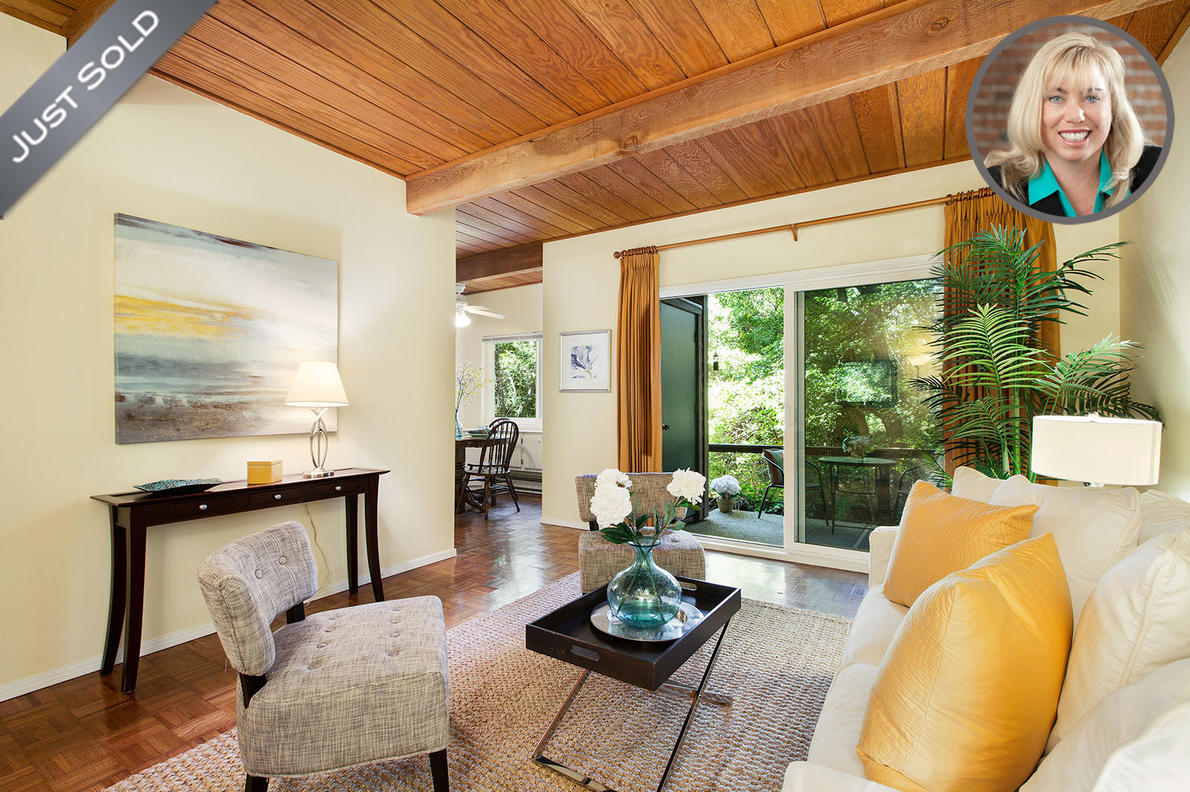 Talk about a quick turnaround, within 30 days of 1st meeting the sellers, I staged, professionally photographed, blitzed the market, received multiple offers and closed the sale of unit 19 at 84 Madrone Ave. This 1 bedroom 1 bath was located on the ground level and had a private creekside patio. Being only a block from downtown San Anselmo and in a well-kept complex, this listing brought in a lot of buyers. In the end, we had 3 offers and an over bid all cash offer won.

Here is what the seller had to say on YELP about working with me:

Hilary Davis was the perfect amount of foresight, energy, professionalism and down to earth approach. Throughout the process of selling our... 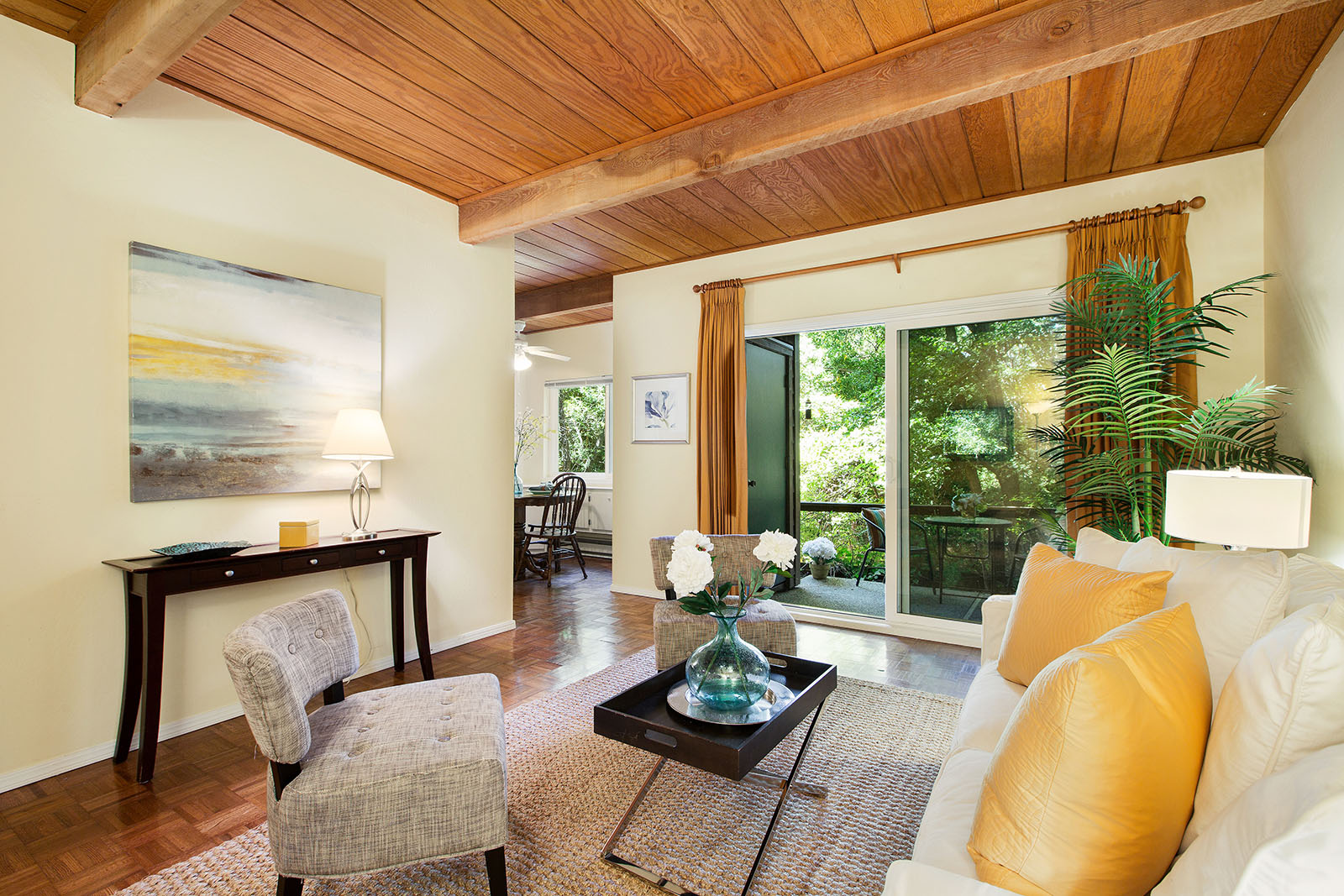 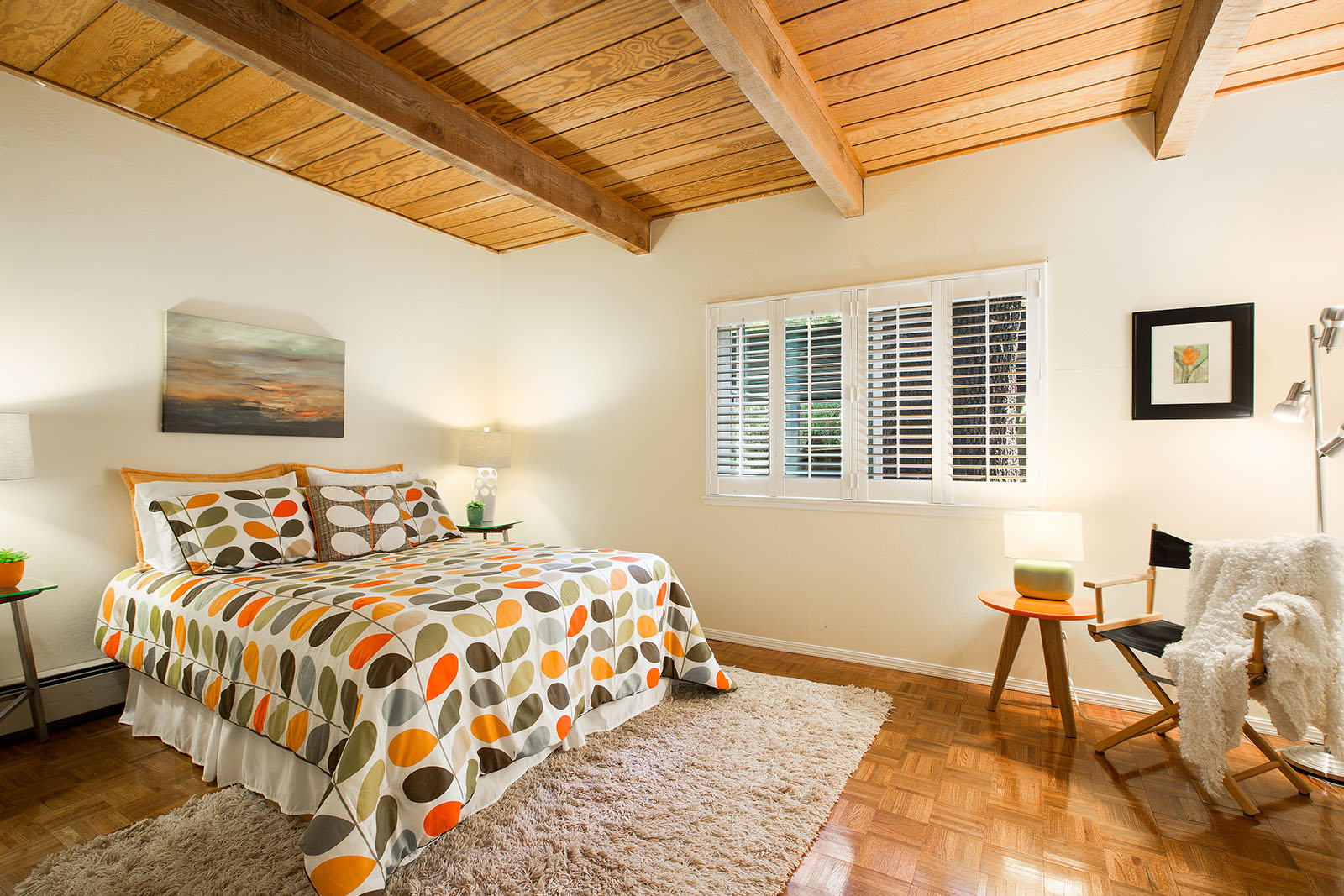 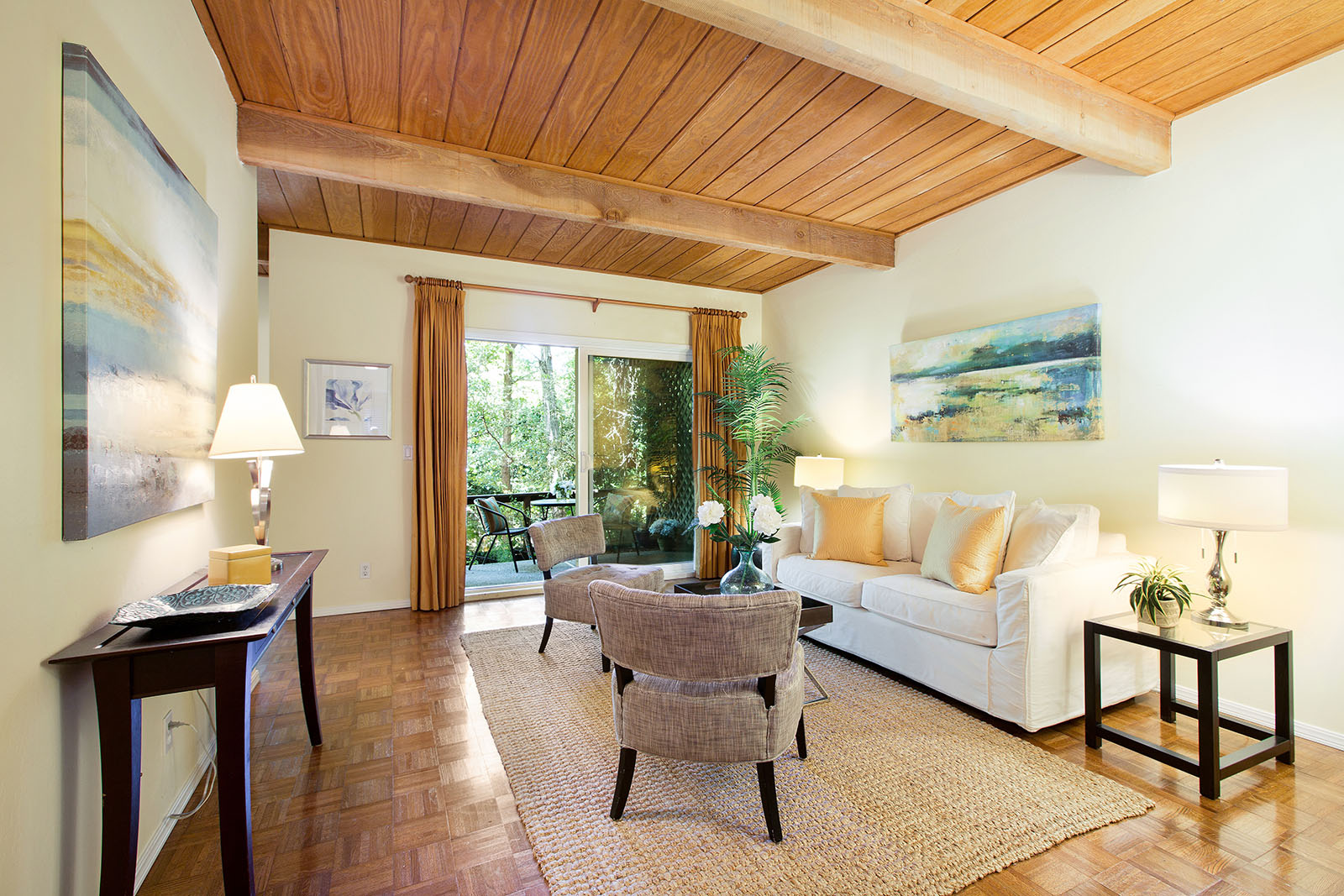 Fabulous ground level unit with open beamed ceilings, hardwood floors and new double pane windows is coming soon for sale near down town San Anselmo! Relax in your outdoor patio overlooking a lovely creek or take a dip in the large pool surrounded by majestic trees. This is easy living. For more information about open houses and pricing go to: www.84MadroneUnit19.com 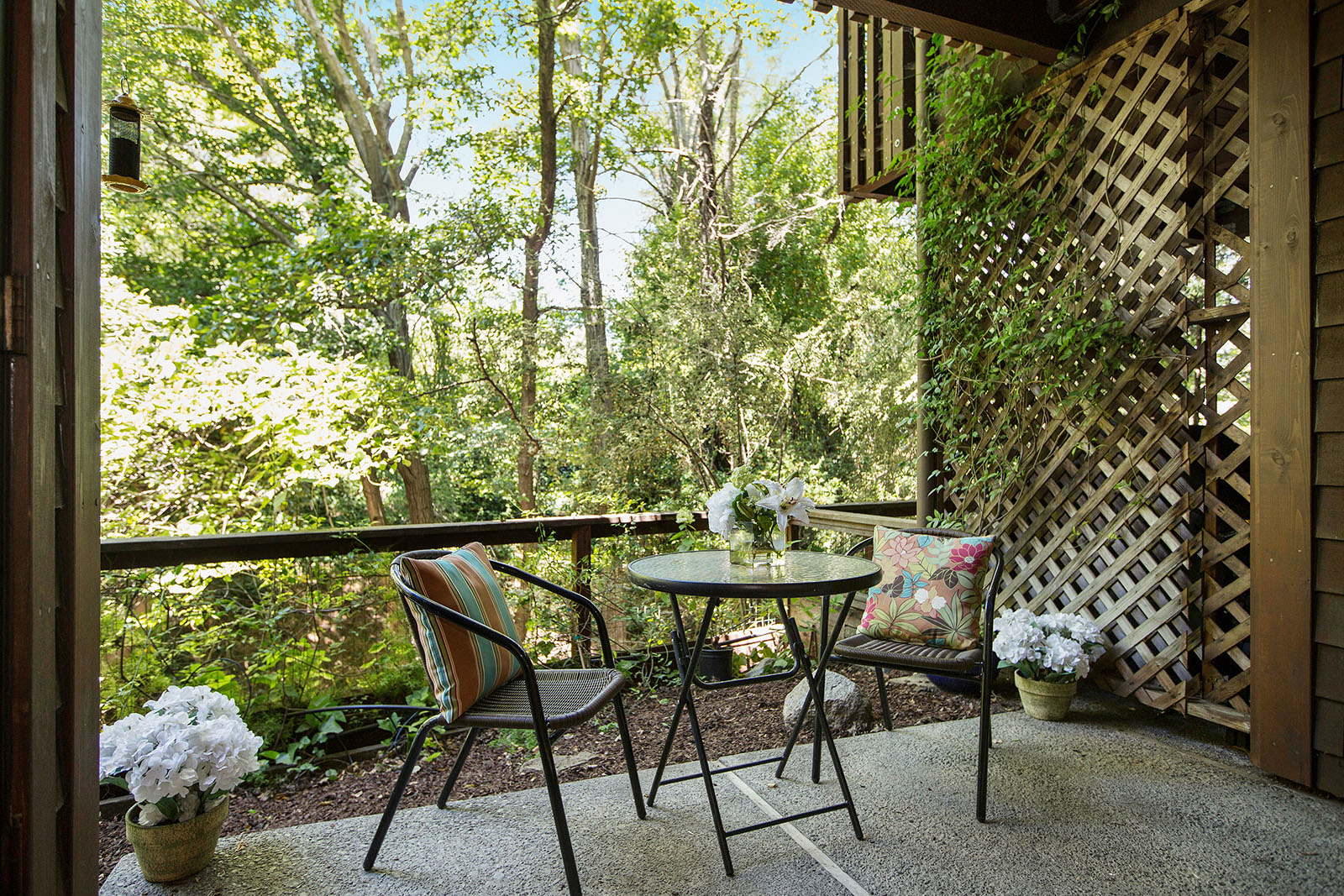 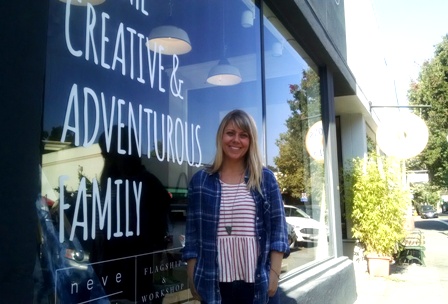 Just 3 months ago, on June 10th, Kris and Bob Galmarini opened their first brick and mortar store at 641 San Anselmo Avenue, in the middle of downtown. It was the physical expression of their desire to share their art and their dreams through a line of lifestyled clothing and gear designed and made by and for real people, kids, and families. The Brand, Neve and Hawk, named for the Galmarinis' two children Neve (age 9) and Hawk (5), had been selling well online for several years with a nationwide clientele, including wholesale orders to over 50 stores; in fact, only about 3 percent of sales have come from California!

The Galmarinis arrived in Marin about 3 years ago from South... 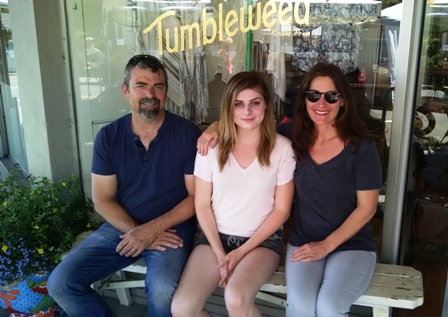 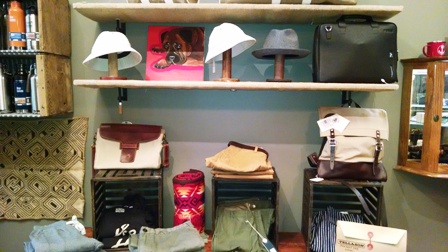 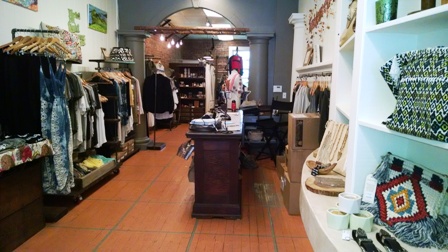 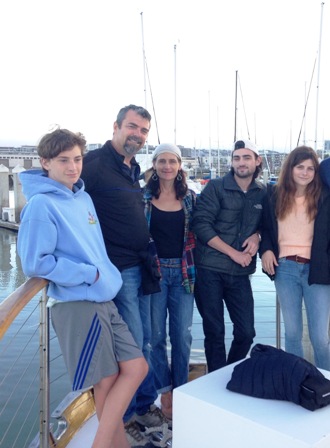 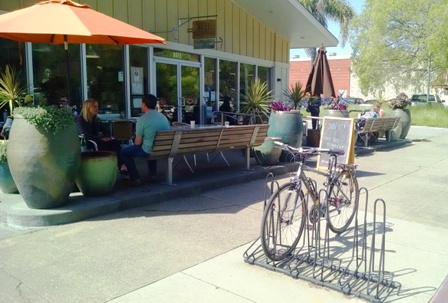 Near my home in San Anselmo, at 101 San Anselmo Avenue, is the burgeoning success story of MH Bread & Butter, the dream child of owner Nathan Yanko and his wife Devon. Formerly a master baker at the famed Tartine Bakery in San Francisco, Nathan wanted to open a cafe that would feature fresh, healthy food at reasonable prices. The inspiration (and ultimately, the name!)  came from his great, great grandfather, Maximillian Hirtreiter, a German immigrant who settled in New York City, opened the famous MJ Hirtreiter Patisserie, and later married and raised a large family with his childhood sweetheart, who came to New York to meet... 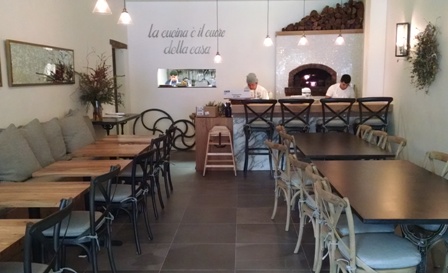 To the present and future delight of those who had for years made it their favorite neighborhood Italian restaurant, as well as legions of the as yet uninitiated, Cucina has re-opened under the original management of Donna Seymour, but with a new twist. Longtime client, Kevin Hansmeyer, has joined the management/ownerhip team. Donna and Kevin now work side by side to provide diners with enjoyable, authentic, and delicious meals that will keep them coming back and telling their friends too!

The freshly updated and remodeled restaurant opened quietly, without fanfare during the week before Christmas, and, even without advertising or promotion, has been consistently busy ever since. Several of the familiar servers have returned, and Bobby, the chef of 15 years,...

How To Navigate in a Seller's Market

I know you've read and heard over and over what a highly competitive market we are in. The Bay Area always has been a very desirable place to live, and with low inventory, high demand and lots of buyers out there (both all cash and financing buyers), this truly is a strong sellers market. Having said that, a buyer can compete and win.  Read on!

When working with a buyer, many of us put in offers for our clients only to find we are in a multiple offer situation, repeatedly... and this can cause all of us, clients and agents, to feel stressed and anxious.

So, what is the best way to navigate the market?  I find the best thing I can do is, right from the beginning, be completely honest with my clients by giving them all the facts, realistic possibilities and...