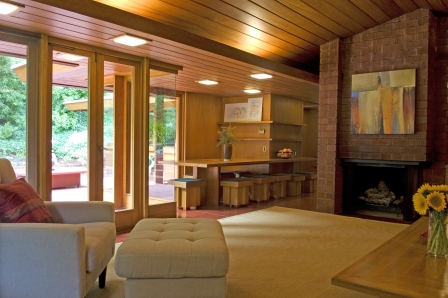 Designed by an associate of Frank Lloyd Wright, this simple but elegant, mid-century, 3 bedroom, 2 bath home was constructed from Mahogany inside and out and situated on a beautiful 1/3 acre lot in a Zen-like setting.  The finished home is a tribute to the genius of Frank Lloyd Wright and to... 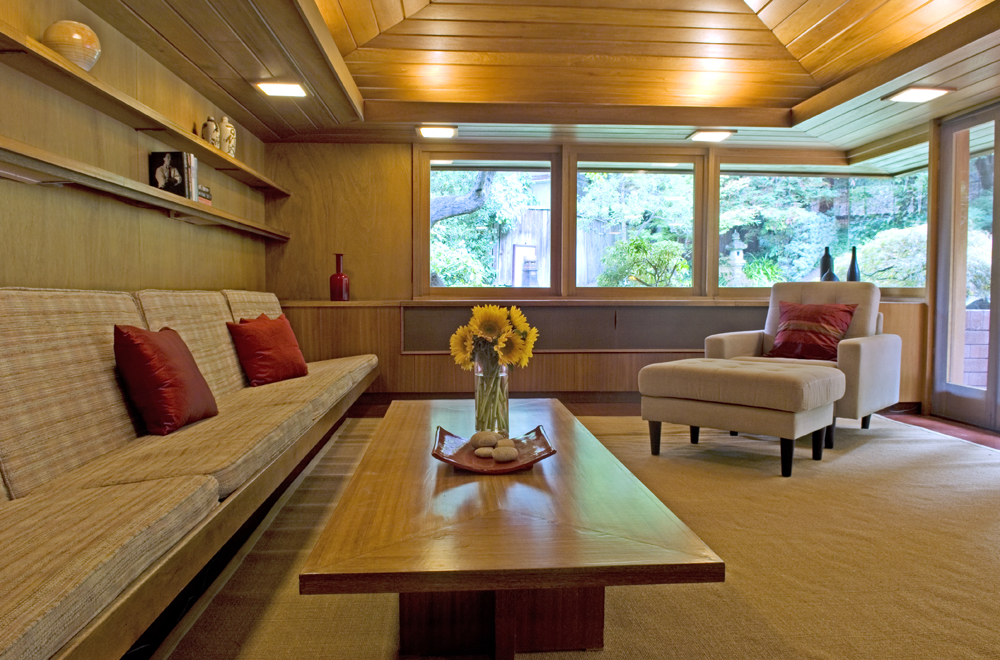 An Amazing Work of Art!  Frank Lloyd Wright Inspired home, designed by a student of Frank Lloyd Wright and built with the skill of a Swiss watchmaker. Beautifully constructed from Mahogany, inside and out, the grain is matched perfectly on doors and walls and the built-in handmade furniture is made from ribbon grain. Mitered corner windows bring in the natural light showcasing the exquisite outdoor setting and the rich red concrete floors add warmth and character to the Mahogany.

Built on a central geometry unique to Frank Lloyd Wright homes, the design is carried throughout the house on door knobs, light fixtures and the stained glass in the front door.  The home features 3 bedrooms, 2 baths, an office and attached covered parking... 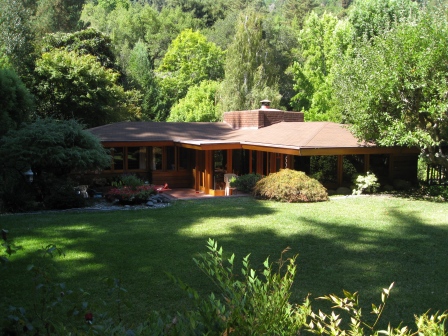 Harry Winters first saw a lot on Spring Grove Avenue in December of 1956 and knew immediately it was the perfect place to build his family home.  There weren't any other interested buyers at the time so he managed to strike a good deal...