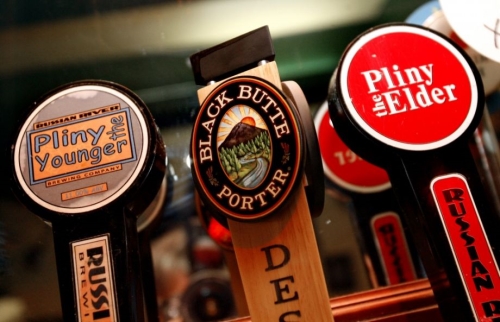 Although SF Beer Week kicked off with it’s previously sold out gala event on Friday, there are many, many more events and places to go for tasty brew,  ALL OVER the Bay Area.

What started in 2009 with 50 events has matured into an exciting extravaganza of over 700 events across  Alameda, Contra Costa, San Francisco and Santa Clara counties, including beer and food parings, educational gatherings for the total beer geek and charity nights focusing more on donation than fermentation.There’s even an event tomorrow featuring Beer Ice Cream at Smitten Ice Cream, 5800 College Ave in Rockridge.

Here are just a few of the best locations/events of the Week in the East Bay:

2/14: San Diego's Ballast Point is one of the best breweries going, and Beer

Revolution is getting their hands on an absolutely absurd 31 taps...

2/16: Learn about the nuances of barrel aging with Hog's cicerone Sayre Piotrkowski and the team from Sierra Nevada, who'll have five consecutive years of their Bigfoot Ale available for your tasting pleasure. In general, they've got a solid lineup all week (Craftsman, Berryessa, and Societe are all highlights), so make some time to drop by.

See the SFBW Calendar for all of the events and locations around the Bay.

You may just find the elusive once a year brew of Pliny the Younger along the way.