It is embarrassing. After living in the lovely City of Novato for many, many years my family and I finally took the time to visit a Novato treasure - Olompali Park. What encouraged me to get in my car and drive the seven minutes is the new, safer entrance from Redwood Blvd. instead of the hair-raising turn-off from Hwy 101. 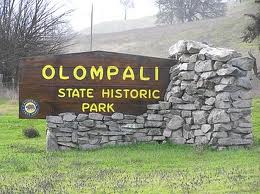 The 700-acre park is an interpretive and educational center that accommodates all visitors. We had our 3-month-old in a stroller and maneuvered quite well; many paths are flat. There are hiking and horseback riding trails, shaded picnic tables and a Miwok Village. For the serious hiker, you can climb Mount Burdell, about an eight-mile round trip.

Olompali has quite a history. The Coast Miwok lived in the region for over 8,000 years and the name, Olompali, comes from the Miwok language and may be translated as "southern village" or "southern people." It is the site of the oldest surviving house north of San Francisco Bay. Built in 1776 of adobe by the chief of the Olompali band of the Coast Miwok tribe, you can view it on the property. 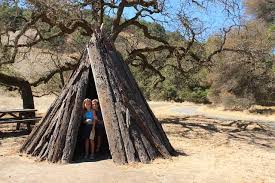 Over time it was owned by the University of San Francisco and investors who built a large swimming pool for a Swim Club. Various tenants leased the property.

In 1967 it was leased by Donald McCoy, Jr., who was blessed with family money and created a commune known as the "Chosen Family." Friends such as the Grateful Dead, Janis Joplin and Grace Slick often stayed and played for the group. The commune grew to about 100 families from 1967-1969. 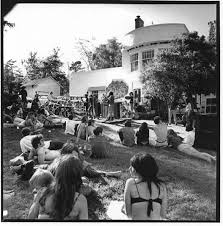 On February 2, 1969, an electrical fire gutted the mansion. It has been said that the use of amplifiers by rock musicians overloaded the old circuits. The outer walls still stand to give you an idea of how lovely the home was. Artifacts from the mansion can be seen today in the nearby museum.

Later in 1969 tragedy struck when two little girls within the commune fell into the swimming pool and drowned. When County officials inspected the property they found many code violations. Within a month the commune was expelled.

Mercifully, in 1977, the State of California purchased the land and turned it into a State Park. 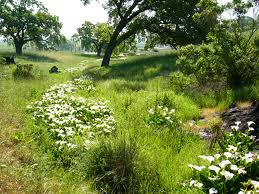 It is open five days a week, Wednesdays - Sundays, from 9:00am to 5:00pm. The park day use fee is currently $8.00 per vehicle. Dogs and bicycles are not allowed.

The Visitor Center is usually staffed by a volunteer on Saturday afternoons from noon - 3:00pm. We were lucky to have time with the docent who filled us in on much of the history of the park.

For direction: from 101 go west just a short way at the San Marin exit. Take a right at Redwood Blvd and follow the signs. Very easy to find.