How to Get the Highest Price for Your Home in Less Time! 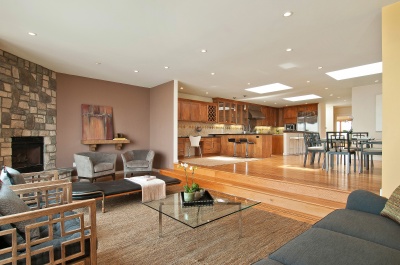 How To Get the Highest Price in the Least amount of time for your Home!

Why is staging your home even more important in the digital Real Estate market?

Approximately 96% of homebuyers start their search online.  Those buyers are more likely to click on the homes that are staged and have professional photographs and even more likely with 15-20 + pictures than 5-10.  The more pictures the better.  At this stage buyers are making quick decisions on whether a home is worth seeing in person. They may click through 25-30 homes at a time - what compels them to stop at your home?

In the new digital marketplace the home seller needs to attract the homebuyer. If  the buyers introduction... 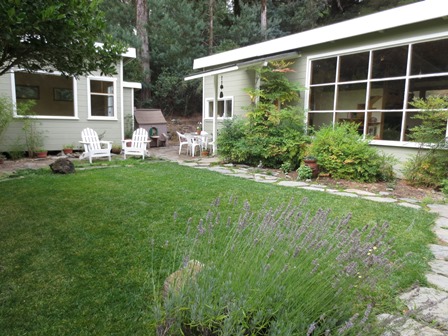 A super cute home has new owners in Woodacre. 263 Redwood Dr. is an open beamed, light filled home sitting on a nice piece of country type property. Complete with fruit trees, seasonal creek and level lawn the place is charming with a relaxing vibe. My client intended to purchase with cash but realized mid- escrow that a small loan would help tremendously. Local loan broker, Nicholas Ballard of Pinnacle Capital saved the day.  Nicholas made an unlikely scenario turn into a completed loan-wow... 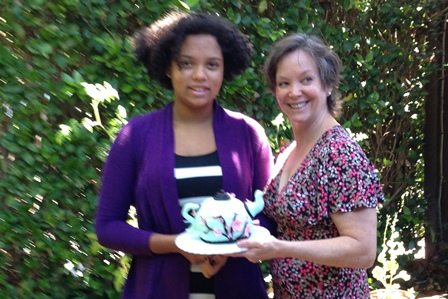 I want to share a heartwarming project that a local teen is dedicated to.  She designs bakes and decorates extraordinary cakes for local homeless children on their birthdays...changing lives one cake at a time.

WHO: San Rafael mother daughter team gives sweetly to homeless children.  My longtime friend Jaime Sass Thomas and her daughter Olivia design bake and decorate extraordinary cakes for local homeless children on their birthdays. They believe every child deserves to be celebrated!

WHAT: It's called Marin Cake Project and was started by Olivia...

As we all know the 2013 fire season in Northern California has been much more active and worse than anyone had imagined.  The result of a very dry 2013 winter and a mountain snowpack of only 17% of normal, we all need to do our part to keep our neighborhoods, our properties and our families safe from wildfires.

The California Department of Forestry and Fire Protection (CAL FIRE) statistics state that 94% of CA wildfires are started by people, therefore it is very important that each of us take all steps to reduce wildfire risks. CAL FIRE has implemented a program called, "Ready, Set, Go," that all of us should be familiar with.  For more information on this program, please go to www.ReadyForWildfire.org... 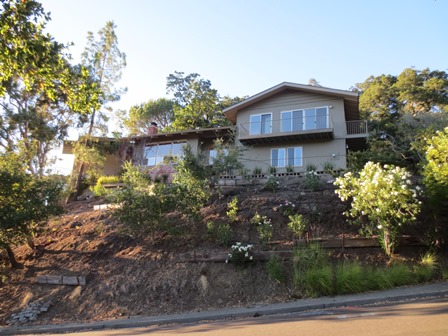 37 Indian Rock Road in San Anselmo has new owners! Perch on a hill with wonderful San Anselmo views sit this 3 bedroom 2 bath home. My client liked the idea of being able to walk to either San Anselmo or Fairfax while still having space around the house for privacy and a view of Mt. Tam.

This mid-century modern home is filled with light and warmth while the high open beamed ceiling creates a sense of space and openness. Originally on the market for $1,250,000, my client scored at a sales price of $907,000.

I am delighted to announce that Broker Associate and Realtor Kathleen Emrey has joined our Marin Modern family!

A fifth generation San Franciscan, Kathleen has been an active member of Marin's community since 1963. A respected veteran in the Marin real estate community, Kathleen has practiced real estate for over 28 years and also holds a Brokers license.

Kathleen receives praise from former client about her excellent advice and knowledge of the real estate industry. She is also a Senior Specialist.

We welcome Kathleen to our Marin Modern Team and encourage you to contact her for assistnace with your Marin County real estate needs.

The Water is Fine! Insight into San Rafael Schools...

As a dedicated mother of an only child I understand the intense desire to give that child the very best that life, and we—within our means—can give her.  So it is interesting to me that, given the choice between going to Marin Catholic or San Rafael High, she chose SR.  This was the culmination of 8 years of extremely positive experiences in the San Rafael School District, and I am here to tell you that the water is just fine.  In fact, an argument can be built supporting the idea that the San Rafael schools are superior to other districts—but don’t get me started.   Okay, get me started.  The demographics of the central San Rafael schools are realistic, in line with the outside world.  Learning to thrive in that environment is priceless.

The first place folks go to try and understand the merits of a school are to the famed API scores.  These scores, however, do not represent apples to apples from school to school.  Consider, for example, that 64% of the... 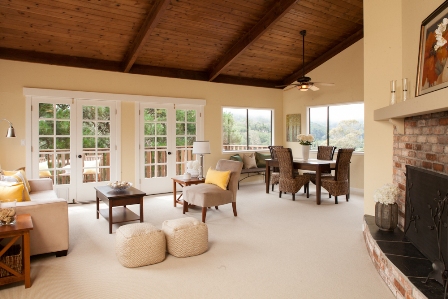 Just Sold! I represented the Seller of this very desirable 3 bedroom/2 bathroom Mill Valley home with views of Richardson Bay and an exceptional commute. 285 Morning Sun has that wonderful rustic Mill Valley charm with modern touches and updating to enhance the natural light and views.

My clients lived in this home for 23 years while commuting to San Francisco for work.  When they retired and no longer cared about being close to the City, they purchased a new home in a bucolic setting in Petaluma.  Once they moved, we jumped into action to get their Mill Valley home ready to go on the market

As part of my services, I brought in my team of professionals to paint the interior, power wash and stain the exterior, install new carpet, make...

DataQuick, the La Jolla, CA-based real estate news service noted in an August 15 report that the number of homes sold in the Bay Area in July was the highest since 2005. According to the article, the 9,339 homes sold represented an increase of 18.3% from the previous month and a 13.3% increase over July of 2012. The article quotes Data Quick’s president, John Walsh, characterizing the current market not as a “frenzy”, but as a market that is in the process of “re-balancing” itself and “regaining lost ground”. According to the article, Mr. Walsh noted thatincreasing prices would eventually attract more sellers, and the increased supply of homes for sale is expected to moderate future price increases. 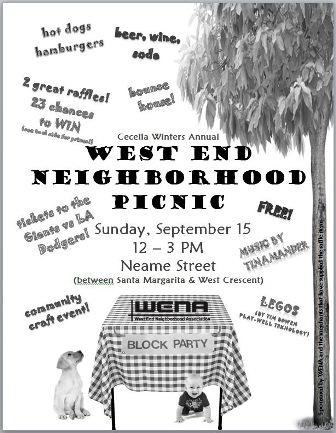 Don't Miss it!  The West End Neighborhood celebrates National Neighborhood Day  each year with a Block Party on the shortest street in the West End....Neame.  All West Enders are invited to join in.  Its fun for the young, old and those in-between. There will be live music with Tina Mander.  The kids will stay busy with the Sponge Bob Jumpee House, a crafts table and   Lego's corner compliments of West End neighbor Tim Bowen, owner of Play-Well TEKnologies.  When it comes to food, we'll have hamburgers, hot dogs and beverages for all ages.

Bring money to buy raffle tickets for a chance to win one of the 20 prizes from...