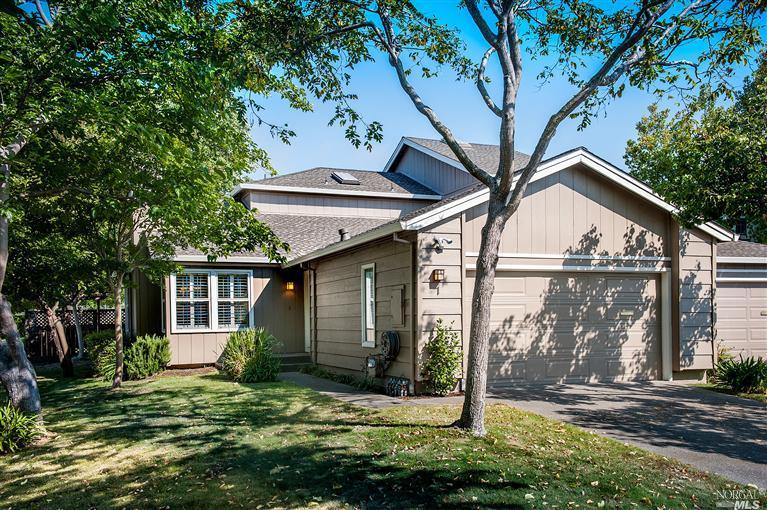 It was a pleasure to assist my client, the buyer for 1 Salem Cove, to find a home that offers a carefree lifestyle on one level and is convenient to all the things he likes to do.  Located in Spinnaker Point, a community of townhomes in Central San Rafael, 1 Salem Cove has been beautifully remodeled and meticulously maintained.  It features 3 bedrooms, two full baths, attached 2-car garage and a corner lot with a fenced yard and deck surrounded by the Bay walking trail.  After living in Fairfax for over 35 years in a home I call the Stairway to Heaven because of the views (103 stairs from the street...

What Most Buyers Don't Know About Today's Real Estate Market....

If you are in the market for a home, consider this:

Homes are not moving as fast as they were in the first half of the year.

Most buyers are on the sidelines waiting for the Spring.

Sellers are getting anxious to close their homes prior to the Holidays.

Therefore, there are DEALS out there right now.

If you wait til Spring, the economists are predicting another run up (albeit not as accelerated as the first half of 2013).

You have a unique opportunity here to purchase a home BEFORE the spring run up of both prices and interest rates.

Read on to take advantage of home prices and see my list of undervalued properties at the bottom:

2013 has been a very busy year in Marin Real Estate. It started out with low inventory and plenty of buyers. By March it was

evident that we were in some sort of super accelerated bubble. Prices were rising a full 1 to 3% monthly. While exciting for

Realtors and homeowners, it was very frustrating for...

How to turn your fall leaves into rich spring mulch 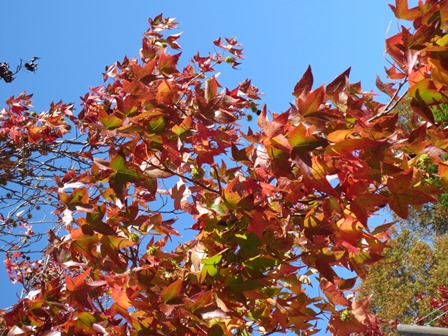 How to turn your fall leaves into mulch

The days are shorter and cooler and there are tons of fallen leaves everywhere-fall is here! Instead of raking your leaves and tossing them into your green can, follow these easy steps and turn your piles of leaves into rich mulch for your spring garden.

1.       Lay down a tarp to protect wooden fences from decomposing material and rake or blow all leaves onto tarp in a corner of the yard.

2.       Cover with a light net and let the decomposing take place over the winter.

3.       In the spring spread decomposed leaves around plants to help keep the soil moist.

THE FIVE BEST TIMES TO BUY A HOUSE!!

Posted by Marin Modern Team on Monday, October 28, 2013 at 11:47:21 AM By Marin Modern Team / October 28, 2013 Comment
Historically owning Real Estate has proven to be the most effective wealth builder.There are those who will argue that point, who perhaps bought their home at the peak of a Seller’s Market, and sadly watched as their home value plummeted—maybe even having to sell the home at a huge loss.To make money in real estate it is wise to pursue any purchase with a longer term plan in mind.At a minimum, two years, in order to take advantage of Capital Gains tax laws that benefit the primary residence holder, but ideally a buyer should be able to hold the property longer in order to sit out any adverse swings in the market.This can be achieved by pursuing a percentage of equity in the property which will result in affordable payments. Over time, prices climb, and with a good tangible asset like a home, your money will be relatively...
View Full Post 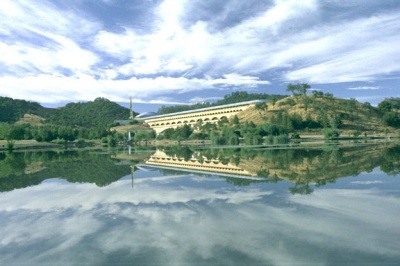 I grew up on San Rafael Hill, close to the Marin Civic Center and had a neighbor, Mr. Holeman whose claim to fame was building the Civic Center. Well...as a kid that was my interpretation.  I loved telling people about my cool neighbor who "built" the Civic Center but had no idea who Frank Lloyd Wright was and how truly transformational the architect and his structures were and continue to be. I knew there was something special about hte structure but did not know how fortunate we were to...

Sometimes things are meant to be and sometimes you have to make them happen!  I represented the sellers on 129 Greenfield who became buyers for 16 Mariners Circle.  Long-time (41 years) West End Neighborhood neighbors and a former San Rafael City Council member, my clients/friends had started thinking about selling 3 years ago.  Thoughtful planners, they didn't want to make a misstep at this stage in their life. They called me several months ago, both husband and wife were on the same page.....it was time to sell and leave the stairs and the upkeep of a big home to someone younger.  The important part of the equation for them was to be able to take advantage of Proposition 60, whereby they could keep their Prop. 13 property tax base if they purchased a replacement property of equal or lesser value than their Greenfield home.  This is a one-time "gift" to anyone over 55 in Marin....

Loans for Self-Employed Buyers with One Year's Tax Returns

A standard requirement by virtually all lenders is for a borrower to provide their two most recent tax returns and a two-year history of employment in the same line of work. For salaried/W-2 borrowers, an underwriter can sometimes offer a bit of flexibility. For example: a borrower with a former self-employed position can usually qualify with income from a new, salaried position if it is in the same line of work and at a similar level of compensation. But self-employed borrowers are almost universally required to provide a two-year history of self-employment and tax returns for the two most recent years. This requirement is more stringently enforced with self-employed borrowers as a two year timeline is needed to assess their business's operating expenses and profitability.

But a good option can be found through some lenders who sell loans directly to Freddie Mac as they may be able to work with just one year's tax returns and a two-year... 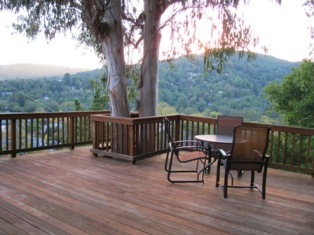 The best of all worlds. Walk to downtown Fairfax or enjoy the privacy and panoramic views from your deck above town. Enchanting southern exposure, with a huge deck that opens through French doors off the living room to the deck. 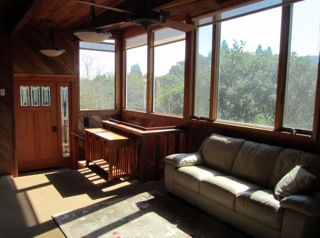 This home has been tastefully updated over the years, carefully maintaining the rustic charm of the outdoors and Fairfax.  It has 2 bedrooms and 1.5 baths with an octagonal sunroom/breakfast room addition off the kitchen that...

According to an October 17 report by DataQuick, a San Diego-based real estate news service, a total of 300 homes sold in Marin County in September, at a median price of $750,000. The figure includes both single family homes and condo's and reflects an increase of 15.4% in price and 11.9% in numbers of units for sale, compared to the same period last year. In August of this year, the comparable figures were 350 units sold at a median price of $760,000. The article notes that in the nine-county Bay Area real estate market, September marked the second month of a month-to-month decline in the median sales price which, it stated, reached a high of $665,000 in June/July of 2007, and a low of $290,000 in March of '09.

Although the median price of Bay Area homes has increased year-over-year, every month for the last 18 months, DataQuick's president, John Walsh,... 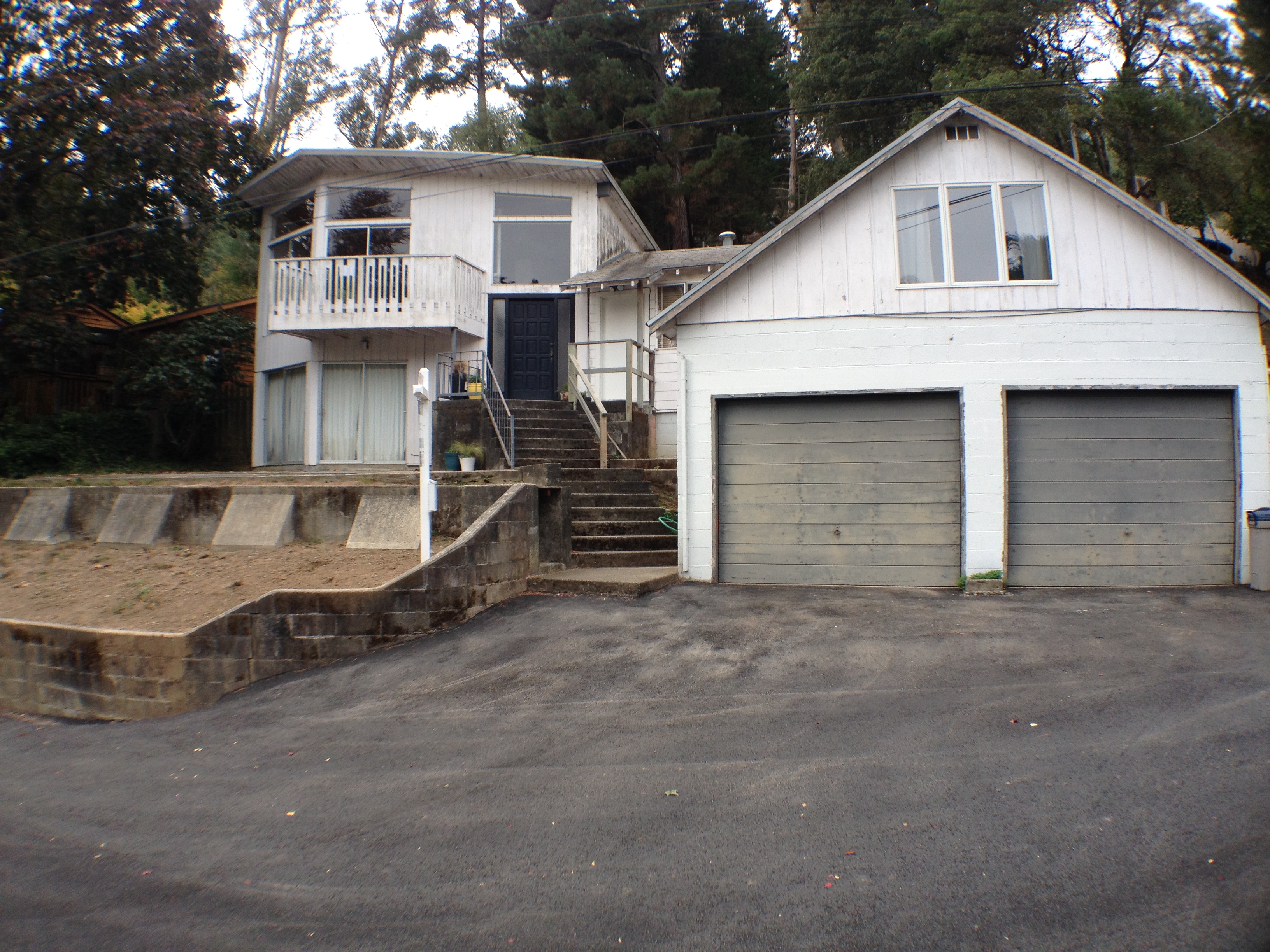 Have you been frustrated with the current inventory in Mill Valley? Still looking for a home?  Well, look no further. This is agreat opportunity to remodel or rebuild this 2bd/2ba home in Little City Farms into a dream home on a quiet and spacious view lot.

Currently the home is approximately 1,600sqft and the lot is generously sized at 11,000sqft.

The home could be 2,500sqft with 4 bedrooms, 3.5 baths.   The owners have house plans that once were approved by the County of Marin. These plans and all reports are included in the sale of this property. See rendering of new home below.