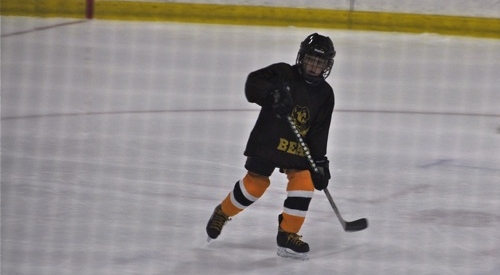 Ice skating and Marin County aren't two words you'd typically utilize in the same sentence however I'm excited to let our friends and clients know that this will change in the very near future (at least temporarily)!

From November 10th, 2012 thru January 5th, 2013 there will a temporary ice rink setup outside of the Northgate Mall in San Rafael.  Known as "Marin on Ice" this temporary outdoor ice skating rink will be open 7 days a week and will feature more than 5,000 square feet of real ice.    If you don't have your own ice skates - no need to worry - skate rentals will be available.

If you're interested in getting your ice skating groove on either before or after the Marin on Ice Event, there are a few ice skating rinks fairly close to Marin County that might be worth checking out (trust me, I know them well since my son plays competitive ice hockey and my daughter figure skates so we know all of the ‘local' rinks well):

Snoopy's Home Ice / The Redwood Empire Ice Arena (Santa Rosa)
Opened in 1969 (thanks to the support of Peanuts creator Charles M. Schultz), this is a charming rink located at 1667 West Steele Lane in Santa Rosa.   The rink offer recreational ice skating and also has a strong ice hockey and figure skating program.

Enjoy your ice skating and drop me a line if I can assist you with your Marin real estate needs.